In July 2012, Reuters reported Chesapeake Energy and Encana worked together in regards to land bidding in Michigan.

Encana tipped off Chesapeake to land plans in Michigan - Emails

The emails show the competitors traded information about whether Encana was halting new land leasing in Michigan in 2010, and the information prompted Chesapeake to dramatically change its leasing strategy in subsequent weeks and helped send Michigan land prices tumbling from record highs. 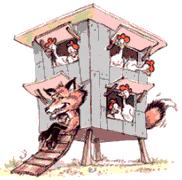 
Excerpt (Emphasis added): Encana Corp said on Wednesday an internal investigation has determined that it did not collude with Chesapeake Energy Corp to lower the price of land acquisitions in Michigan two years ago.

The company's board of directors, which led the investigation launched on June 25 with the assistance of outside attorneys, did not provide a report on the scope of the inquiry, nor explain how it reached its conclusion.

"We can't offer more detail than what we've released as the issue is still under investigation by the Antitrust Division of the Department of Justice and the Michigan Attorney General," Encana spokesman Jay Averill said in an email.

Encana has been served with subpeonas from Antitrust Division of the U.S. Department of Justice and a civil investigatory demand from the Michigan Attorney General.  Encana said it will cooperate with the two agencies.

Chesapeake Energy has confirmed a federal grand jury is looking into the company's acquisition of land and leases in Michigan.

Excerpt (Emphasis added) : In regulatory filings, Chesapeake said it received a subpoena from a field office of the U.S. Department of Justice's antitrust division. Federal prosecutors in the Western District of Michigan have opened a federal grand jury inquiry into the purchase and lease of oil and gas rights.

Chesapeake also said several state government agencies have asked for documents in connection with oil and gas leases. It did not provide additional details.

“Chesapeake intends to provide information in response to these investigations, and its board of directors is conducting an internal review of the matter,” Chesapeake said in the filing.

Nothing to worry about.  The hens are safe and the foxes are teaching the hens how to make omelets.

Posted by Unknown at 2:51 AM No comments:

Chip Northrup to NY - No Rush to Frack

NY is under pressure to frack by the Natural Gas Industry.  Rushing head long into industrializing its rural communities without a real hard look at the risks and impact it will have is fool hardy.   New York only has to look across the border to Pennsylvania to see the harm and devestation fracking has caused.

Chip Northrup explains in The Inevitable Slow Path to New York Shale Gas
Posted by Unknown at 2:39 AM 2 comments: